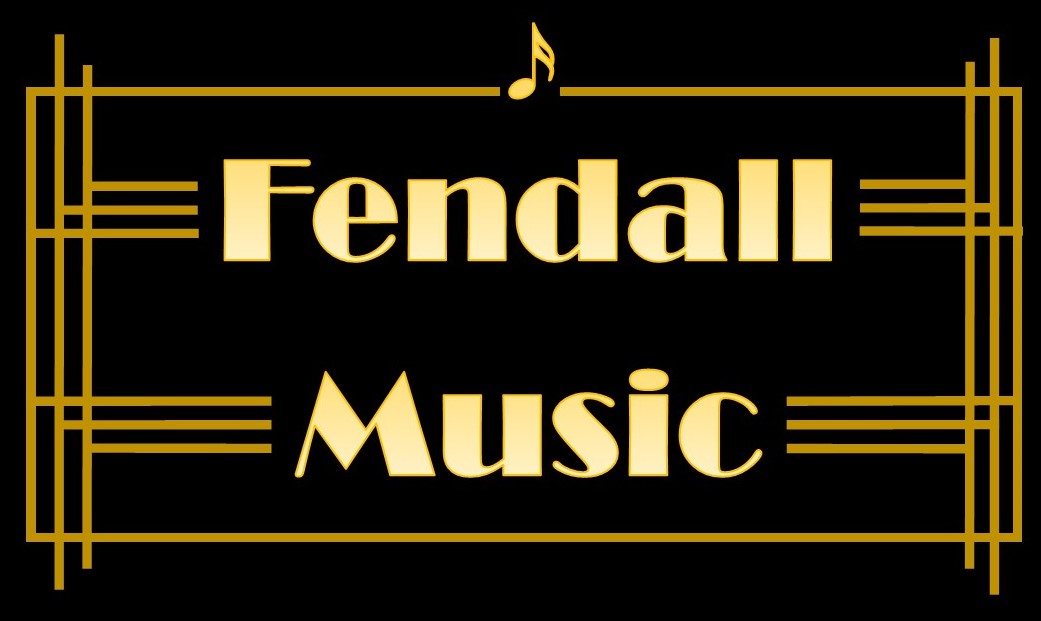 I hadn’t written a serious work in nearly 30 years.

In late November 2016, I had 4 bars of the fugue from JS Bach’s Toccata and Fugue in D minor (BWV 565) repeating over and over in my head, so instead of starting another 5000 piece jigsaw puzzle, I started writing a test piece for brass band. It was completed 9 weeks later.

The start of the fugue is the inspiration for a “walking bass” line from bar 21. I couldn’t help but add bongos at 25 and turn that into a jazz session for trombone and solo cornet to have solo line before the real fugue starts in bar 41.

Here I deconstructed the fugue back to the basic chords and added a new tune across the top, slowly adding hints of the original fugue melody until it takes over. I do the same thing much later in the piece with Prelude No.2 in C minor (BWV 847).

From there we launch into original composition with no attributable Bach music, except for the desire to emulate huge pipe organ sounds and effects until it tails off by bar 101, where an introduction to the St Matthews Passion (O Sacred Head) takes place (BWV 244). I didn’t realise that this tune was used by Bach, but was not composed by him. It was composed as a secular love song by Hans Leo Hassler around 1600.

I have many BBb Bass (tuba) playing friends who are fine musicians, but never able to stretch their soloistic muscle. To underscore my non-tubaphobic credentials, this beautiful, famous melody is handled by that very instrument. Dedicated in part to my good friend and past New Zealand national champion BBb Bass player at Waitakere, Jamie MacKay.

The theme is accompanied throughout by a glockenspiel playing a cadence in the shape familiar with the Prelude No.1 in C major (BWV 846)

When singing this hymn live, I love the phrases speeding then slowing, so marked it rubato to inject this, even though the electronic version is metronomic.

At the end of this melody, I just wanted to build the mood it created in me, so I launched into another full section of original composition, attempting to capture the emotions it evokes, through to a final cornet solo, again nothing attributable to Bach through to the end of this slower movement.

The piece was composed in full to this point (bar 159), and I honestly didn’t know what would follow from here ... no sketched notes, or themes, just a excited positive mood I wanted to carry through to the end. So I stepped away from the composition briefly, and listened to many, many Bach works to find the piece of music that would spark and link the whole composition to its conclusion.

It was Alfred Brendel’s rendition of Prelude (Fantasia) in A minor (BWV 922) that captured the excitement and fun I was after, leading eventually into an original composition section at bar 172, which started only in my head with the sound of an anvil, and then needed the music to surround it. This is a section of controlled machine-like aggression. Being a soprano player, this is the section I feel most comfortable unloading a burst of frantic energy as a soprano feature - not timid in any way, better blasted with split notes than a sweet note perfect utterance.

The very next bar after the soprano explodes (181) goes into the “deconstructed” Prelude No.2 in C minor (BWV 847), with different sections of the band featuring, including a Brandenburg-esque soprano cameo. The full original form of the prelude emerges eventually during a frantic accelerando back to the “anvil” section in bar 215. I had images of making bands drag an actual anvil on stage, but was advised that this was achieved by use of a much smaller metal bar (which left me a bit disappointed too to be honest, I think the sight of a whole anvil on stage through here would be awesome!)

More original composition follows with echoes of the Prelude (Fantasia) in bar 229, before the St Matthews Passion theme returns as the “big tune” in bar 232.

The end section was completed just 9 weeks after I started my and reflects is the pure celebration and jubilation I felt, especially that I was able to compose such a piece. It felt like a gift I didn’t deserve. I had a real sense of relief that I hadn’t lost the talent I had stopped exercising 30 years earlier.

I followed up immediately with another major work and many other pieces over the next 2 years, including a world premiere of a 3rd major work, Dalí by Bjørsvik Brass in Norway.

I thank God for annoying me with those few bars from the fugue - the jigsaw puzzle I intended to do would’ve been a little less original, or lasting.